Who likes having pimples? Almost no one, right? Well actually, many of us despise seeing that tiny bump pop up on our face. However, you can’t avoid seeing them during times when you are stressed like during exams or presentations when you pull frequent all-nighters, or when your hormones are running wild like when women have their period or during puberty among teens. Some don’t just have a few zits, though, but have a serious case of acne that is all over their face. It has become a permanent feature on their faces making these people vulnerable to teasing and bullying because of their acne-prone skin.

We already know that having acne is not good news but it feels different to find out for real that acne can really lead to depression especially after a study has been done to establish this premise. Adjusting to acne is not easy because people often see your acne first before they can even talk to you and it sometimes affects their impression of you. Getting depressed is quite common among people with severe acne during the first five years after diagnosis as they are still trying to cope with all the hassles that their skin imperfection brings. What’s important to note here is how much of an impact a skin condition has to a person’s mental state.

If you’ve ever felt like your acne significantly impacts your mood, this one’s for you: According to a new study in the British Journal of Dermatology, there’s a scientific link between acne and depression.

According to The New York Times, researchers in Britain followed a group of 134,427 men and women with acne and 1,731,608 without acne — for 15 years. The study found that the likelihood of subjects with acne experiencing depression was 18.5%, while for those without it was 12%. Furthermore, that likelihood was shown to be highest in the first year, when there was a 63% increased chance of depression in subjects with acne.

If you can help it, try to hold back in teasing people with acne issues because you may never know they are already feeling sorry for themselves about the way they look. If you know anyone who suddenly just developed acne and this condition has persisted for quite some time with no signs of going away even if they are already receiving dermatologic treatments, make sure to also ask them how they feel because they are probably feeling bad about the entire thing that they may not even know for themselves that they are already suffering from depression.

In an analysis of one of the largest electronic medical records databases in the world, researchers found that patients with acne had a significantly increased risk of developing major depression, but only in the first 5 years after being diagnosed with acne.

The British Journal of Dermatology analysis included data from The Health Improvement Network (THIN) (1986-2012), a large primary care database in the United Kingdom.

The investigators found that the risk for major depression was highest within 1 year of acne diagnosis — a 63% higher risk compared with individuals without acne — and decreased thereafter.

Even if other may just brush off acne as a superficial problem, this study just proved that acne is more than just skin deep. Its effects can shake a person’s entire being enough to make them feel helpless and hopeless. Teens are often affected by it and some adults, so try to be nicer to them the next time you see them around. After all, you can never really tell that they are suffering from an inner burden that caused them to succumb to depression because if you know one thing about people with really bad acne, you’ll realize that their acne often persists no matter how many treatments they try because it can also be genetic. Don’t let a bad bout of acne get the best of you. Get treated for depression if you feel that you can no longer manage the negative impact of acne on your life because no matter how difficult it is to believe right now, this too shall pass. 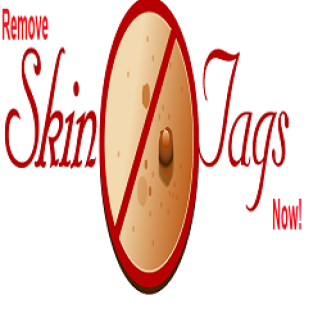 Reviews a variety of skin tag removal creams and products, and describes natural ways to get rid of skin tags.